Madikeri is a prominent place in Coorg district, which is famous for its coffee plantations. Muddukeri, its old name was given by a local ruler who governed Coorg in the 16th Century, which over the years turned into ‘Madikeri’. It has an another name called ‘Mercara’, which was given by the British who had made Coorg as one of their leisure stations, due to its year round pleasant climate . Coorg was then nick-named as the Scotland of India, and even now this place has the same climate with lush green nature. Thanks to the local agrarian population, the serenity of this place has been intact with modern day developments not hampering the pleasant environment in this hill station.  It is a small town with limited population and is surrounded by well maintained coffee estates cuddled with huge trees all over. Due to its cool climate and evergreen scenic beauty Coorg is often called as the Kashmir of South India and Madikeri – as the capital of this place. Madikeri in Coorg is where you can find maximum number of Hotels, Resorts and Homestays accommodating the ever-increasing flow of  tourists.

Places to Visit in Madikeri

Abbey waterfalls : Small but magnificent water fall in a tributary of Kaveri River near to Madikeri town. Abbey falls is located between private coffee plantations with stocky coffee bushes and spice estates with trees entwined with pepper vines.  Abbey falls was earlier called Jessi falls, named after a British officer’s wife. Flow of water is moderate throughout the year except Monsoon when the flow is much higher.  The increased number of visitors has taken a huge toll on the natural beauty of the falls and surrounding places. Recommend to go early in the morning where crowd is less and can hear the whispering water in silence and the colourless water looks white like snow.(Distance from Madikeri- 6 km)

Madikeri Fort : Madikeri fort (often called as Mercara fort) and a Palace  inside the fort were built in the last quarter of the 17th century by King Mudduraja. Later on Tipu Sulthan of Mysore captured it and rebuilt it in granite who named the site as Jaffarabad. King Lingarajendra Wodeyar II in 1812-1814 took over the fort and renovated the fort. The Veerabhadra Temple inside it was removed by the British and built an Anglian Church, which is now converted to Museum. The British renovated the structure twice and in 1933 added a clock tower and a portico. One can find two life size masonry elephants in the north-east corner at the entrance and a church in the south-east corner.(Distance from Madikeri Town- Less than 1 Km)

Raja’s Tomb : Being one of the important monuments in Coorg, the royal tombs provide a commanding view of Madikeri town & are in the Islamic style with the domes in center and turrets at the angles.(Distance from Madikeri – 1km)

Raja’s seat : Kings of Coorg heard to be spent their evenings with their consorts here.  Scenic beauty of lofty mountains, grassy meadows, steep dale and wide spread paddy fields can be enjoyed from Raja’s Seat. Sunset creates a romantic atmosphere here that gratifies every aching heart. And at dawn, a walk through the pergola makes you feel perfect with the freshness of heavenly air and a spectacular view of the mesmerizing misty mountains.  A beautiful park, the toy train and children’s  amusements area makes Raja’s Seat worth seeing for family too.(Distance from Madikeri- Less than half  km).

Omkareshwara Temple : The Omkareshwara Temple in Madikeri was built by the Lingarajendra II in1820 in the combination of Catholic, Keralite, Gothic and Islamic styles of Architecture.  To overcome some sin the King committed, he brought a Shivalinga from Kashi and installed it after building a temple. The Shivalinga was named Omkareshwara and regular rituals are performed. The bars of the windows of the temple were made of Panchaloha. The annual Teppothsava or Boat Festival is a memorable event (Distance from Madikeri-1 km).

Talacauvery : Talakaveri is marked with Brahma Kundike or Tirth Kundike. A small spring of water originates from this place and hence it is referred to as Talakaveri. The river Cauvery is one of the most sacred rivers in India as per Hindu mythology. It is on the Brahmagiri hill slopes at an altitude of 1276 mtr above sea level. The scenic beauty attracts many tourists from all over. (Distance from Madikeri- 44 km, from Bhagamandala- 8 km).

Bhagamandala : Bhagamandala is the meeting of three rivers and is also referred to as Triveni Sangam. There is a religious significance attached to the temples here. It is believed locally that a dip in the holy river will heal of various physical and psychological miseries. The water here is supposed to have healing and miraculous powers. (Distance from Madikeri-36 km).

How to Reach Places to visit in madikeri

Madikeri has a pleasant climate throughout the year. If you love Monsoon, June to July period is a good time to visit. It is generally cold during December to February during mornings and evenings.

Distance to Places to visit in madikeri

Orange County Resorts India Package : We offer best rates for Honeymoon at Evolve Back Resorts including transfers and sightseeing. Orange County has been renamed as evolve back resort. The experience at these luxury Resorts at Coorg and Kabini is a dream honeymoon destination in India!! The Orange County luxury resorts at Coorg and Kabini are among the most sought after leisure resorts among foreign and domestic clients. They are also among the best 5 Star luxury resorts in South India. Luxurious villas with private pool, plentiful delicacies to choose from, infinity pools, picturesque ambiance are just a few highlights. The exuberant hospitality of the ever pleasant staff would be a wonderful experience for you!!

Orange County Coorg is set up in an ambiance of 300 acres of spice and coffee plantation while, Evolve Back Resort Kabini (Orange County Kabini) is on the banks of the famed River Kabini. Evolve Back package for 5 Nights and 6 Days is one of the best experiences you would cherish for a long time in your life !!. 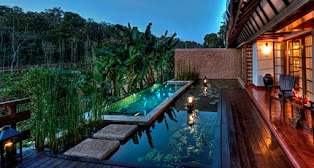 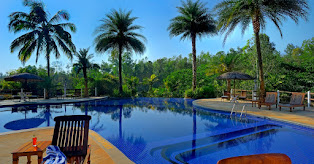 In the Package (Evolve Resorts at Coorg and Kabini), we will pick up guests by exclusive AC Cab from Airport/Railway Station/Hotel at Bangalore (Bengaluru), Mysore (Mysuru), Calicut (Kozhikode), Mangalore, Coimbatore or Cochin (Kochi).  You may also combine your stay of Evolve Back Coorg and Kabini with other luxury resorts at nearby destinations at Wayanad, Bandipur, Mysore, Bekal, or Ooty. Some of the prominent resorts you may consider at Wayanad are Vythiri Resort, Vythiri Village Resort and Wayanad Wild Resort by CGH Earth. In Bandipur, either The Serai or Windflower Resort and Spa could be added. In Bekal, Vivanta by Taj or The Lalit Resort is a couple of good options.

You may also choose the category of room you would like to opt for from the options given below.
Write to Groowynd Holidays at info@groowynd.com for the best rates/offers/discounts of Evolve Back Resorts  (Orange County) Package with Cab for Transfers or without Cab. Or you may contact us for a customized Luxury honeymoon package for South India.  However, if you are looking for exclusive Wayanad packages, you can visit Wayanad Honeymoon Packages or Wayanad Tour Packages. Visit the page South India Tour Packages to know about other featured packages of South India. 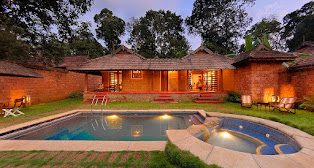 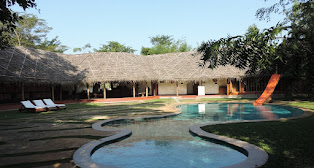 5 Days Trip from Bangalore : Coorg and Wayanad Packages From Bangalore for 4 Nights and 5 Days is a combination of two neighboring plantation hill stations of Kerala and Karnataka. You will have a great variety to experience in terms of culture, cuisines, and sightseeing. Both the destinations are bestowed with plenty of greenery and wildlife. Some of the famous wildlife sanctuaries and tiger reserves of South India are featured in this 5 Days Coorg and Wayanad Packages from Bangalore. Sighting of wild animals like elephant, bison, and deer etc are very common at these places. There also have been sightings of tigers and leopards in some instances. If you are looking for an unwinding experience from your busy schedule, this sure is one of the packages you should look for. Mesmerizing coffee plantations of Coorg and amazing tea plantations in Wayanad will refresh your mood on this holiday trip. Guests can be picked up from Bangalore, Mangalore, Kozhikode or Mysore by an exclusive cab. Entire sightseeing will be done using the same cab and driver. You may also choose from various categories of stay featured in our packages. There are multiple options – economy, budget, deluxe and premium packages in resorts, hotels, and homestays. Treehouse stay and Plantation stays can also be arranged in this 5 days trip from Bangalore. Write to us at info@groowynd.com for customizing your holiday package. We also have Wayanad and Coorg Tour Package with honeymoon inclusions as well. Mysore Coorg Wayanad Packages can also be done, if you have few additional days to spare. If you are looking for packages for other South Indian destinations do visit our page South India Tour Packages.

Coorg and Wayanad Packages from Chennai

If you are looking for Coorg and Wayanad tour packages from Chennai, you can arrive at Mysore by KSRTC, and we will pick you up on arrival. You can alternately, travel by train from Chennai to Mysore. Traveling to Coorg from Mysore and Wayanad to Mysore is very convenient.

Places to visit in Wayanad: 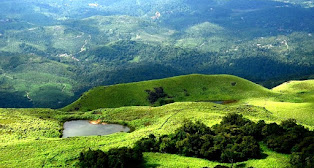 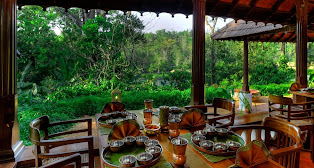 Places to visit in Coorg:

The Windflower Resort Wayanad Package – 3 Days : It is one of the Best Resorts in Vythiri Area located in a 25 acre coffee and tea plantation. Windflower Resort and Spa features spacious and well appointed Villas and suites. The construction has a Kerala themed Architecture. Windflower would be a great experience for honeymoon couple as the resort has a wonderful ambiance and one of the Best resorts in Vythiri. Windflower is very closely located to View Point of ghat section and the famous Pookot lake. Wayanad sightseeing is customized based on the taste of and convenience of the honeymoon couple. They can indulge in plantation tour and other facilities at the resort and be at leisure or visit places of their interest!!.

In the Windflower Resort Wayanad Package, Resort in Vythiri Area, the guests will be picked up by exclusive AC Sedan Cab from Bangalore, Mysore, Calicut, Mangalore, Coimbatore or Cochin by Groowynd cab. Groowynd Holidays is a TripAdvisor featured destination expert for many south Indian destinations and we have a strong local presence, which enables us to provide local guidance and necessary support for our guests. Wayanad Tourist Places can be covered in a span of  3 days. If you would like to cover the places in a relaxed manner, 4 days are suggested. If you have more number of days, you may also combine the package with Windflower Resort at Coorg, Mysore, Bandipur or other luxury resorts at nearby destinations Coorg, Bandipur, Mysore, Bekal, Ooty etc.

You may write to info@groowynd.com for The Windflower Resort Wayanad Package or customized Luxury Honeymoon Packages of South India.

Thank you for contacting us!

We'll be in touch shortly.